If you have a problem with the Reolink camera not scanning the QR code, don't look any further. I've been there, and I have the solution to this problem.

The first time I tried to set up my Reolink Argus 3 camera, using a smartphone, I used a quick trick to allow the camera to read the QR code, and now I will share this information with you. Just keep reading...

Sometimes the Reolink camera won't scan the QR code just because the mobile phone's display brigthtess is reduced too much.

That's exactly what happened to me. I don't know the Reolink App changes the brightness; perhaps it's a bug that will be fixed in the future, or maybe it occurs only with some smartphones.

Anyway, the quick solution is to grab a copy of the QR code as a picture, which immediately solves the problem.

The picture below shows an example of the QR code darkened by the Reolink App.

You can easily fix the problem by taking a screenshot to have a brightened version of the QR code so the camera can read it correctly.

For Android phones (such as my Samsung Galaxy S8+) press and hold the ON/OFF and the volume down buttons at the same time and wait for a second.

This takes a screenshot of the QR code and saves it in your phone library.

The picture below shows an example of the QR code saved in the library.

Now you can proceed with the setup and the camera will read the QR code.

Just follow the steps from the Reolink app wizard.

The way you can take a screenshot varies depending on the type of smartphone or setup you are using, but I think you got the idea and can figure it out, right?

Other problems with the Reolink QR Code

The smartphone screen is cracked

If your smartphone has a cracked screen (yeah, unfortunately, that happens), the Reolink camera won't read the QR code even if it's brighter.

You can take a screenshot and send it to yourself via email, or whatever means you have to share the picture to a computer or other smartphone.

The camera lens is dirty or obstructed

Ensure the lens in the Reolink camera is not covered; it's clean before trying to read the QR code. Sometimes you  just miss those little details.

Check the Playstore or Android store for a new version of the Reolink App.

Sometime an update is everything you need to fix the problem.

If the Reolink camera is not scanning the QR code you just need to try one of the solutions presetend in this article. Most of the time they work fine.

Just in case you still can't scan the QR code, visit the Reolink support website and ask for help.

I hope this article can help you, please share it your friends. 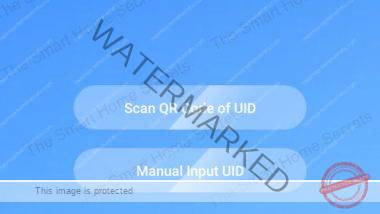 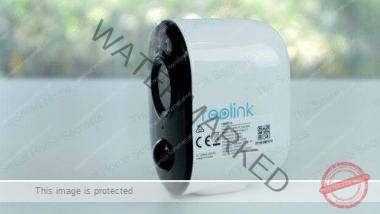