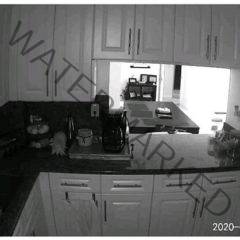 Do you have your Wyze Cam with a grainy picture?I’ve seen that happen before with my own Wyze V2 and Pan cameras.But don’t worry, there are always to reduce or eliminate this problem.Why does my Wyze Cam have a grainy picture?Well, there are different things that can make your camera look grainy.The most commons are:High […]

Is your Wyze Cam Blurry or with poor quality at night?Yeah, I’ve been there. My Wyze Cam Pan had the same issue, but I solved it.Let me explain what worked for me….Wyze Cam With Poor Quality ImageIf your Wyze Cam has a poor quality image during the day, it gets worst at nighttime, so you […] How to view the Wyze Cam on a browser In this article, I explain how to solve the Wyze Cam Pan solid yellow light issue.Some people reported a problem with the camera getting stuck with a solid yellow light. The camera was working fine in most cases, but after unplugging it from the power adapter, it can’t work anymore when the power is plugged back.What causes the solid […] 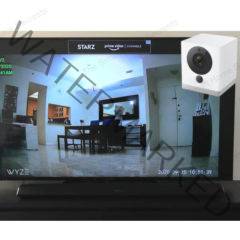 How to view Wyze Cam on TV (without Internet)

In this article, I explain how to view Wyze Cam on TV without using the Internet.The picture below shows my camera on the TV using an Amazon Fire Stick.Wyze Camera on a Fire Stick TV via IP Camera ViewerYeah, you don’t need the Internet to have your Wyze camera connected to a TV.I’m using my […]

The Wyze Cam pixelated issue is very common in a situation where there’s no good communication between the camera and the router or you are using a slow Internet connection for your smartphone.Users usually also describe the problem with the Wyze Cam or Wyze Cam Pan as having a blurry or fuzzy image, especially when […] Use the Wyze Cam as webcam  is something people have been asking a lot.The Wyze Labs guys created the special firmware to allow the camera connecttion directly to a PC or laptop using a USB cable.How cool is that, huh? 🙂How to turn the Wyze Cam into a webcamHere’s what you’ll need:The Wyze Cam V2 or […]

Is the Wyze Cam encrypted ?

The question “Is the Wyze Cam encrypted?” shows some concerns among users.People buy the security cameras to feel safe, so this a fair question. Don’t worry, the Wyze Camera is encrypted to guarantee safe communication with the streaming server and to protect the user data.This is an interesting feature for this small camera considering the fact […] 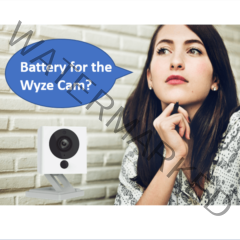 Does the Wyze have a battery?

A common question among users: Does the Wyze have a battery?No, the Wyze cam doesn’t have a battery, but you can use an external power pack.The Wyze Cam is really popular and a lot of people are using it.It’s inexpensive and simple to use. It would be nice if this camera could use a battery […] 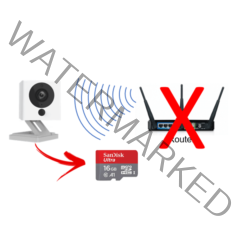 Using the Wyze Cam without WiFi. Yeah, this is that possible.In this article, I show how you use the camera even without a WiFi router.The Wyze camera works without the Internet as long as you work on the setup first and disconnect it from the WiFi and use a micro SD card for recording.You just […]