Apple HomeKit: What You Need to Know

Apple HomeKit has made it easier than ever to set up a smart home.

But Apple isn't the first company to offer this type of service, and there are many other options out there that you can choose from.

So is Apple HomeKit worth it? And what about Siri?

In this article, we'll help you decide if Apple HomeKit is right for your needs and how to get started with setting up your new smart home!

There are several Apple HomeKit compatible devices that work with your home. You can find them by looking for the Apple Home app on your phone and then selecting "Add Accessory."

Here's a list of some of the devices that work with Apple HomeKit.

Ring is one of the newest smart home devices to hit the market, and they are a competitor with Apple.

The Ring doorbell will not work with HomeKit, but it does come with IFTTT, which can connect it to other systems such as Alexa or Google Assistant to use some features through either system.

This means that you don't have control over alerts on your phone without purchasing an additional device for this purpose, there's no way to arm or disarm the Ring doorbell remotely, nor do you get live streaming video from anywhere outside of your WiFi coverage area like you would if using Apple Homekit.

Can Alexa and HomeKit work together?

You can have Alexa and Apple HomeKit work together, but there are some limitations.

If you want to use Siri voice commands with your Amazon Echo device, you will need an Apple TV (connected via HDMI) on the same network as your smart home devices.

This is because, in 2016, Apple blocked third-party software to access Siri through Amazon hardware.

If you don't want to use Apple TV, then the only way for Alexa and HomeKit to work together is if your smart home devices are Z-Wave compatible (which can be controlled by a Wink Hub or Logitech Circle).

For example, Philips Hue lights will not work with Alexa and HomeKit unless you have a Wink Hub or Logitech Circle.

There are also some limitations with voice commands; for example, if the device is out of range to your Apple TV, then asking Siri on Alexa will not work.

This can be inconvenient as most people don't leave their phones near their smart home devices all day long.

Is Alexa or HomeKit better?

The best system would be to use both at the same time.

As Apple has a few devices that Alexa does not and vice versa, this is an expensive option for many households.

Amazon Echo dot can control most smart home devices with two clicks through the app or voice command "Alexa".

There are also some limitations with voice commands; for example, if the device is out of range to your Apple TV, asking Siri on Amazon will work but asking her on apple won't.

This can be inconvenient as most people don't leave their phones near their smart home devices, which could be problematic when trying to control the device.

Apple's advantage over Amazon is its integration with other products such as Apple TV, AirPlay, and HomeKit devices.

Alexa is better for those who want to have a lot of control over their home but don't want the hassle of setting up all the products themselves.

Homekit has limitations such as a lack of Alexa compatibility, which could be an issue if you enjoy using Amazon's voice command system.

The one thing that both systems have in common is privacy issues because recently, it came out that they were hacked.

So we suggest not connecting your smart devices with either service or any other account online unless you know what you are doing and plan on considering security measures beforehand.

In conclusion, while both are good options for those looking into a new smart home system. You can choose the solution that best suits your needs.

Alexa and Google Home for Seniors 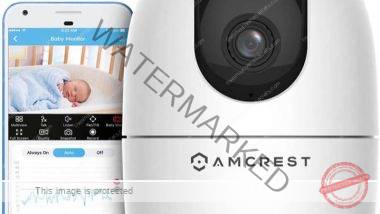 How to reset the Amcrest Baby Monitor AHS21 [ Under 2 minutes ]