Are you an Apple fan and would like to use your devices to control your home? Are you aware that Siri can control smart home devices?

Apple is a worldwide known company who never likes to be behind! They certainly did not want to be behind the race on controlling smart devices. Therefore, the virtual assistant Siri can now control your home too!

Nevertheless, there isn’t just one way to control smart home devices through Apple devices and Siri.

You may have heard or known that Apple’s virtual assistant, Siri, can help you as much as other assistants from other brands.

Siri is able to read new messages on your iPhone, write reminders, set alarms, tell you about the weather, and much more.

However, many people are unaware that Siri controls smart home devices.

And for the happiness of its users, the Apple company created the smart home platform HomeKit and the virtual assistant Siri can be used to complete these tasks.

Like the other virtual assistants on the market, you can activate Siri with your voice command and ask her to do some things for you.

When it comes to Siri, she can already connect smart devices like lights and plugs, adjust the thermostat, control device volume, and check if any doors are open and even close them.

A new announcement from Apple has introduced the HomePod, being Apple’s equivalent to the Amazon Alexa or the Google Home.

It can be used to improve your control over your home devices without being near your phone.

A new software update developed by Apple will incorporate new controls in the assistant.

When using the HomePod, Siri can announce that someone is at the door when a smart doorbell is rung. You can also use it to turn lights on and off and more.

Whether you use your Apple devices or the HomePod, Siri will interact with the other devices and can be used to control multiple smart home accessories.

Keep in mind you will need to configure your smart home settings using the Apple Home app.

Whether you use your Apple devices or the HomePod, Siri will interact with the other devices and can be used to control multiple smart home accessories.

What is Apple HomeKit?

The Home app is how you set up and control your devices.

Siri works basically the same on any Apple device, of course! The assistant can be used in any of the following Apple products:

But before you go asking your HomePod to complete tasks, you will need to configure your assistant.

During the setup process, you will be asked to inform which room your HomePod is in, for example.

After that, when talking directly to the HomePod, the Siri virtual assistant will apply your commands.

Wouldn’t it be great to be able to turn off the lights while lying in bed? You will be able to use Siri to control smart home devices. Some other commands can include:

You get to control an entire room or home all at once!

How to add a new smart home device to the Apple Home app?

Adding new connected devices like smart lights, plugs, switches, and locks to your Apple Home system is quick and easy.

Home is controlled by talking to Siri or using the Home app, which comes pre-installed on all new iPhones and Macs and works on iPads and Apple Watches.

For most smart home products, it is usually initially necessary to configure the device before adding it to the Apple Home app.

It is important to remember that Apple refers to all smart home devices as ‘accessories.’

Let’s say you have purchased a new set of smart bulbs; you will first need to connect to the lamp app before the Apple Home app.

After doing this, you can add the new device to your Home app. This requires an iPhone or iPad.

To get started, open the Home app on your iPhone and tap the + icon in the upper right corner of the screen, then tap “Add Accessory.”

Some devices can pair wirelessly with your iPhone by simply holding the phone next to an icon on the device that looks like a Wi-Fi signal strength icon.

The Home application then opens the camera of your iPhone, ready to be shown the configuration code of the HomeKit.

Which looks like a QR code and is printed on the box of your new accessory and, sometimes, on the device itself.

Be aware that instead of a QR code, some devices have an eight-digit code.

If none of these options work for you, tap the ‘I don’t have a code, or I can’t scan’ button, and the iPhone will start searching for the wireless device – just make sure the accessory is turned on and close.

Once discovered by your iPhone, tap “Allow” if asked to add it to your network, then enter a name for the accessory (the name by which you will identify it) and assign it to a room in your home. Now tap “Next” and “Done.”

Even if you think you’ll never need to add accessories to your Home app again, it’s worth keeping a copy of your QR or eight-digit codes.

If they are not printed on the accessory itself, that means storing the boxes or using an application like HomePass.

Which is inexpensive and saves them on your iPhone and syncs them via iCloud, so you never lose them.

Here are a couple of devices that you can have in your Apple HomeKit. Keep in mind that many other devices are compatible; these are just a few.

HomeKit’s accessories can be switched on and off with the Siri Virtual Assistant remote control.

After creating an ideal scene (light, room temperature, loudness, etc.) using the Home app, you can have Siri start them with a single command.

This may include adjusting the lights and heating at the beginning of each day using a ‘Good morning scene.’

The interesting thing is that you can create scenarios for various parts of the day with simple commands:

A couple of scene examples can be:

And you can also check something you’re not sure about, such as:

The Siri assistant can also control HomeKit devices while you are away from home, taking a trip.

However, Apple’s home system requires a hub to control devices that are not on the same Wi-Fi network as you.

If you have multiple properties, you can create various scenarios for different homes in the Home app.

This means that you can ask Siri to “adjust the heating of the house in Miami” if you are in Pennsylvania.

You may have purchased other products that are not Apple-branded, but you can see device compatibility and see if it works with Apple HomeKit.

However, it is advisable to have the devices on the same line so that everything works more harmoniously, and you don’t have to do so much configuration work and run the risk of something not working.

Lastly, apart from Siri, you can have control of your devices using your phone by using widgets. With shortcuts, you can also control your devices with one tap.

You can use the widgets provided from the app or use shortcuts you can make yourself. And you can place and move them around your screen on iPhones and iPads.

All in all, it is a great idea to connect your smart home devices to Siri and your Apple devices to ensure you can control them wherever you are.

It is a great way to control your home and use the virtual assistant, Siri, to your benefit. 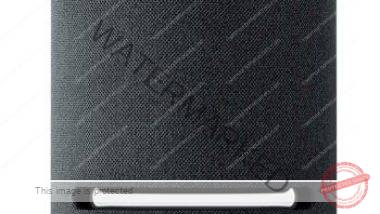 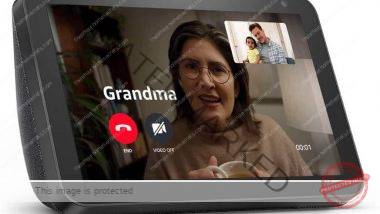