Does SimpliSafe doorbell work without wires?

You might be wondering if the SimpliSafe Doorbell works without wires. This is an essential guide to read, as it will give you a clear concept of installing and setting up your SimpliSafe doorbell.

You might be wondering whether you need to hardwire your SimpliSafe doorbell because the installation method seems complicated to you. Worry not; I’m here to make it easy for you.

Is it necessary to hardwire the SimpliSafe doorbell?

The SimpliSafe doorbell may be installed in place of an existing doorbell and uses existing doorbell hardware for primary power. It is a hardwired smart doorbell system that comes with batteries to keep working even when the power goes out.

Before we start, you must have a basic grasp of how the SimpliSafe doorbell works.

The SimpliSafe Doorbell: A Look Inside

Popular in today’s market, the SimpliSafe Doorbell allows you to keep an eye on what’s going on at your front entrance while also keeping you safe.

Here are a few of the most outstanding features that the SimpliSafe doorbell has to offer:

It allows you to stream live video and lets you communicate with the other person via two-way audio. Additionally, the video is available in 1080p HD for streaming.

If you have a paid subscription, you may record the motion-triggered occurrences and save them for reference in the event of an emergency. Plus, you will receive notifications directly to your smartphone if it detects any motion.

Because it is includes with night vision, you will be able to watch movement at all hours of the day and night. Apart from having all of these capabilities, the Simplisafe doorbell is also easy to install.

Moreover, thanks to its sophisticated sensors, the SimpliSafe Doorbell provides customers with several motion detection options.

You won’t get any false alerts since the readings will be accurate. Your SimpliSafe doorbell can tell the difference between heat signatures and vehicle movements to offer you the most reliable information.

What are the specifications for installing a SimpliSafe doorbell in your home?

Much like you need to know if a SimpliSafe Doorbell works without wires before purchasing, you should also ensure it works for you.

Before installing a SimpliSafe doorbell at your home, be sure it is compatible. First, ensure your current doorbell is connected correctly and that all power requirements are satisfied.

You should constantly check for compatibility before joining a new brand and purchasing a new product. You should check for the specifications before installing any smart home security equipment.

The following are some of the technical details and installation requirements:

Make sure your doorbell’s electricity is turned off, and the SimpliSafe is compatible before you begin the installation. The installation will be quick and simple once you have ensured that all of the essential hardware requirements are met.

You won’t have to spend hours following a complicated technique because you’ll just be replacing your old doorbell with a new one.

Installing new hardware may appear to be a difficult chore, but the fact is that installing the SimpliSafe doorbell is a simple procedure.

All you need is an existing compatible doorbell system and a screwdriver to put your doorbell up in less than 30 minutes.

Unlike some other hardware devices, the SimpliSafe Doorbell does not require a lot of work or effort to set up. All you have to do now is follow the instructions that came with the gadget.

Here are a few simple steps to effortlessly install the SimpliSafe Doorbell on your front door:

You’ve previously seen some of the requirements that the SimpliSafe Doorbell requires to meet in order to function correctly and be properly set up.

Are you still unaware if it will work with the other security gadgets you have at home? Here are some of the compatibilities available in the SimpliSafe brand:

If you don’t have the right equipment

You might be wondering what you can do if your setup doesn’t fulfill the power and installation criteria. Don’t be concerned about that either, since there appears to be a cost-effective option accessible.

You may now connect your smart doorbells to a hardwire transformer. These new transformers will fix all of your compatibility difficulties and give you a solution that is simple to integrate with other smart devices like Google Home, Nest, and Amazon Alexa.

Don’t give up on the thought that SimpliSafe Doorbell works without wires because there are other models and brands out there that can provide you with a wireless doorbell.

You might want to look at all of the smart doorbell alternatives available on the market; you could also be wondering whether the SimpliSafe doorbell has a wireless version that you can easily install. Sadly, not yet.

The wireless option might be helpful if you already know that the SimpliSafe Doorbell must be hardwired and requires an existing doorbell set up to operate correctly. If you don’t have one in place already, don’t spend money getting one installed!

The Ring Video Doorbell 2, for example, is one of the better solutions currently available, as it can be hardwired or powered by a rechargeable battery.

You may believe that a hardwired connection is the most fantastic option, but you are incorrect; a rechargeable battery will be quite useful during power outages.

You won’t have to worry about your doorbell going out during a power outage, and you’ll be able to see live footage of what’s going on at your front door on your smartphone.

If you’re ready to take your home security to the next level, smart home security systems like the SimpliSafe doorbells are a great place to start.

After reading this article, you are aware that SimpliSafe Doorbell does not work without wires. Though it is something that I hope to see in the future, you still have alternatives. 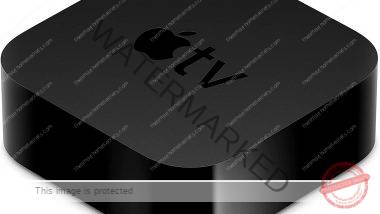 Is there a monthly fee for Apple TV 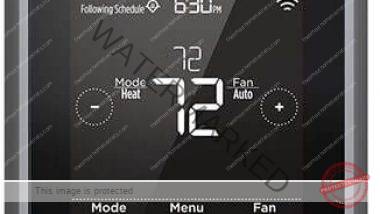 How to clear a schedule on a Honeywell Thermostat