How to remove ADT Window and Door sensors

Window and door alarm sensors from ADT are an excellent method to keep your house safe and secure. Whether someone is trying to break in or a kid attempts to sneak out, you’ll know. Let’s go over the process of Removing ADT Window and Door Sensors.

However, one of them may be broken at some point, or you may choose to replace it with a more advanced model.

Whatever the case may be, it’s critical to understand how to remove them securely.

While you might not be able to figure out how to fix a broken sensor, removing it from the door or window isn’t a challenging task. To remove an ADT alarm sensor, you don’t need to be a certified professional; all you need are the correct tools and a little patience.

Everything you need to know about removing an ADT sensor is in the following instructions.

ADT Window and Door Sensors: What Are They?

Magnet contact window and door sensors from ADT are the best on the market. If the sensors are turned on, the alarm system will be activated if the door or window is opened by someone who does not have access to the house or has forgotten their password.

When this happens, two magnetic strips, one placed on the frame and one on the door or window, are separated from one another, causing the alarm to sound and security to be alerted.

The procedure for removing ADT window and door sensors it’s not nearly as tough as you may think. You don’t need to be a professional technician to complete this task.

To remove the alarm sensor, you must first clear the zone on the ADT panel, then remove the sensor and magnet from the door or window where it is installed. I’ll show you step by step.

Before you begin the entire process, you may need to go to the hardware shop. It’s usually simpler to do a job without stress if you have all of your supplies and tools available ahead of time.

You shouldn’t have a difficult time getting this process down. It might be a little time-consuming, but you don’t need to hire a professional. Follow the steps below.

To begin, the Zone Programming should be removed. You’ll need to erase the zone programming from the ADT panel before doing any of the hands-on work.

Always refer to your user manual for instructions on how to remove a zone effectively. You’ll need to know your system’s installation code for most ADT panels.

Thus, to remove a zone from the system, you must first get access to it and find it.

Because ADT sensors are hardwired, you’ll need to use a screwdriver to separate and remove the cables before removing the sensors. This should be done at both the sensor and the panel.

With the flathead screwdriver, remove the lid from the sensor’s reed switch. If the sensor was installed using adhesive tape, you might need to slip the putty knife between the sensor’s panel and the frame to remove it.

To avoid the alarm from sounding, you must enter your password as quickly as possible. After that, you’ll need to remove the batteries and the screws securing the sensor to the frame. Now you can carefully remove the alarm sensor.

Step Four: Take Out The Magnet

The sensor has a magnet element that has to be removed. You may remove the magnet’s cover using the smaller screwdriver.

Furthermore, if any adhesive residue is left behind, scrape it off with the putty knife and wipe it up with adhesive remover and a soap water combination.

When it comes to moving or replacing your ADT window and door sensors, it’s a lot easier than most people think. It is safe to replace the ADT sensor in a different door or window frame if it was not damaged or malfunctioning when you removed it.

Simply wipe the frame in which the sensor was removed properly to eliminate all adhesive residue. You can quickly replace the old ones without the aid of a professional once you’ve learned how to remove an ADT window and door sensor securely.

Thanks to this simple procedure, even the most untrained employees can confidently remove their sensors. You won’t have to contact for assistance the next time you wish to improve your ADT alarm system. 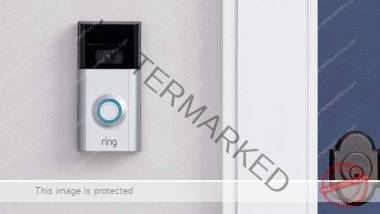 How Can I Make The Ring Chime Louder? 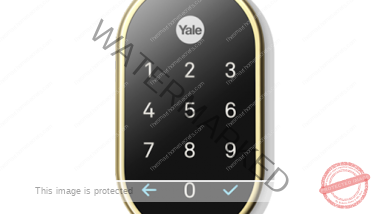