SimpliSafe Siren not working (How to Fix)

If the siren stops operating, you may get concerned about how to repair it and safeguard your house again. Worry not! In this article, you will understand how to reset the SimpliSafe Siren.

If your base station is also giving you issues, check out the article: How to Reset Simplisafe Base Station.

Here are some easy methods to restart your SimpliSafe Siren and get it to perform at its best to provide you with maximum security at your home.

Resetting a device appears to be the best remedy for all concerns, ranging from broken displays to alarms that don’t work. This is due to the fact that resetting the device resolves any current faults and restores the device’s original settings.

To reset your SimpliSafe Siren:

These actions will guarantee that SimpliSafe Siren is reset and that any other issues, including the defective sirens, are corrected. If this does not resolve the issue, you will need to reset the base station. https://thesmarthomesecrets.com/reset-simplisafe-base-station/

Here are certain situations where you’ll need to take a different strategy than resetting the siren.

Rebooting the Base Station

The SimpliSafe Base Station is the most critical aspect of the operation of SimpliSafe technology; it contains everything that maintains your SimpliSafe Siren performing at its best.

It has motion detectors to detect adjacent activities, a keypad, entry sensors—panic buttons, and a 105dB Siren that will sound if there is any odd activity in the vicinity.

You must know how to reboot this since it will assist you in correctly resolving issues with your SimpliSafe Siren. Follow the procedures below to reboot the base station.

To begin the process of rebooting the SimpliSafe Base Station, disconnect the power cord, which is the source of electricity.

You may either find a plug at the bottom of the station at the rear of the device or just unhook it from the socket it is plugged into.

Removal of the batteries

You’ll be amazed to learn that your SimpliSafe Base Station can run on battery power for up to 24 hours and isn’t reliant on electricity from the outlet.

So, once you’ve finished disconnecting everything, all you have to do now is remove one of the batteries.

You will need a good screwdriver to access the battery properly; the batteries are located at the bottom of your gadget, and all you have to do is remove one of the batteries.

Putting the Battery Pack in Place

You’ll need to wait a few seconds for your device to reboot before gently replacing the battery in the compartment supplied.

You may now plug the cord back into the SimpliSafe Base Station, and it will come on automatically in an instant. You now have a newly rebooted base station, and you can verify if any issues have been rectified or not.

If your issue hasn’t been resolved, you can move on to resetting your SimpliSafe Base Station. The details are down below.

If the easy resetting fails, you’ll need to focus on the SimpliSafe Base Station, which comes with a variety of attachments.

The key fob is one of the most essential accessories since it allows users to rapidly disarm and arm the device with the touch of a button.

It also has a built-in panic button that activates the alarm and notifies the monitoring center of any strange behavior.

The steps involved in resetting the base station are as follows:

To reset a base station or sync a new device, hold down the black programming button, which may also be used to program any of the Base station’s devices. All you have to do now is press the button down hard until you hear a tone.

You’ll need your remote keychain for this step since you’ll have to continually click the “OFF” button on your keychain while holding down the black programming button. This will initiate the resetting process.

Wait for the tone

Continue to press until you hear a tone. You’ll notice that the SimpliSafe Siren produces a brief tone after pressing the OFF button on your keychain remote numerous times, indicating that you’ve successfully reset.

It would be best if you verified that your gadget is correctly synchronized in order for it to function without faults or other siren-related problems.

Here are some of the components and their functions that will help you better understand your SimpliSafe Siren.

The SimpliSafe Base Station

The base station is the heart of your security system and serves as the hub for all functions and activities.

All devices must connect to the base station; which will allow it to detect other product signals and alert you to any unexpected behavior.

The base station will notify the monitoring agency if there is a possible threat, and they will be alerted.

Each component linked to the base station has a distinct function. And thus, must be installed in a specific location in your home. When it comes to entry sensors, you’ll need to install them on each of your home’s doors and windows.

The SimpliSafe sensors come with an adhesive to make it easy to apply them to the door and window frames; the sensors must be two inches away from the magnet to operate appropriately.

When the system is turned on, the entrance sensor will transmit an alert, and when it is turned off, the system will inform you with alert tones, ensuring that you are aware of when the doors open and close.

The burglar will try to disable your alarm system as a result of a diversion. Still, the base station will secretly notify the monitoring agency of the odd behavior, allowing you to keep your family safe and your house secure.

Think of the keypad as the passcode to your home, much like a phone; you can’t get access inside if you do not have the password.

These SimpliSafe Motion Sensors are specially constructed to offer precise readings and prevent false alarms from being activated.

Any pet under 50 pounds will not set off an alarm or cause you any inconvenience; however, the device must be correctly situated so that it has a 90-degree field of vision and can detect 30 feet around it.

SimpliSafe panic button will come in helpful if you need to inform the monitoring business in an emergency. All you have to do is push it, and the gadget will do the rest.

They’ll phone you right away, and if you don’t answer, they’ll inform the authorities that you might be in danger, and they’ll come to your aid.

The base station has its alarm, but it is only 85 decibels and will not deter any robber; therefore, you’ll need a stronger alarm, which is why the 105-decibel siren should be purchased and linked.

Not only will this loud alarm notify the neighbors, but it will also scare the thief away from your property. 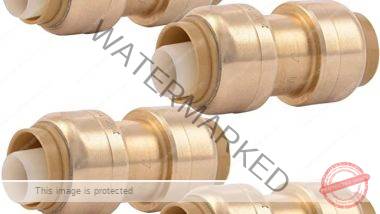 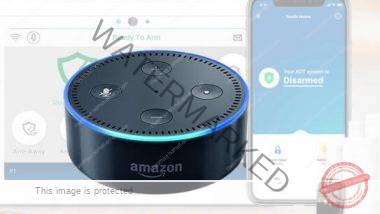 What does the Super Alexa mode do?