ADT is a widely known security brand that has secured millions of homes all over the nation. But it doesn’t go without faults. Let’s go over why your ADT doorbell camera blinking red.

Those who are serious about safeguarding their homes with an ADT security system should be watchful. Double-check your home security gear regularly to ensure that it is functioning correctly.

So, why is the light on my ADT doorbell camera blinking red?

Suppose your ADT doorbell camera is blinking red. In that case, it’s either because the battery is going to die and you need to recharge the system, or it’s because your doorbell has lost internet access.

If your ADT doorbell camera blinks red, for example, it might imply various things. But it always means something is incorrect and has to be addressed shortly.

Simultaneously, homeowners will want to understand the signs that their technology may be giving out when things start to go wrong. These devices will always alert you to an issue that must be resolved as soon as possible.

We go through how to troubleshoot your ADT doorbell camera when it’s troubling you in the section below.

What causes the ADT Doorbell Camera to blink red?

There are two key reasons why your ADT doorbell camera blinks red right out of the gate. Either the camera’s battery will die, and you need to recharge the system, or your internet connection isn’t as stable as it should be for the ADT system to function properly.

Let’s start with the Wi-Fi issue because it’s much easier to fix than the battery charge issue. Bring up the ADT Pulse app (available on Android and iOS devices) and check out what’s happening with your Wi-Fi.

Perhaps the router isn’t functioning properly, a signal isn’t as strong as it typically is, or the network has been entirely shut down for some reason.

If you notice a red ring around your ADT doorbell, it’s likely that your internet is acting up and should be addressed.

When the Wi-Fi connection is restored, the red signal will go entirely, and the blue light will show again. That means everything is in order.

How do I Change or Charge the Battery of My Doorbell Camera?

Assume your ADT doorbell is rapidly blinking red. In such a situation, the battery within the doorbell is likely to fail shortly, and the gadget will need to be recharged.

You may only have a few hours of battery life remaining, depending on when you see the signal. This is why you need to jump on this problem right away, connect your charger, and get electricity flowing to it.

This procedure is a little more involved than just plugging your doorbell camera into a power outlet. Though with a little practice, you too can be a pro.

Your battery may take 45 minutes or longer to recharge fully (though it infrequently takes more than an hour and a half), but you should be set to go for another two weeks or so.

Simply keep charging your ADT doorbell until the light becomes solid blue, indicating that the battery is fully charged. Replace the faceplate and unplug the USB wire once it is done.

Now you are charged up and all good to go! Your ADT doorbell camera should now be working once again.

Is it possible to hardwire my ADT Doorbell Camera to avoid these issues?

There are various ways to hardwire your wireless ADT doorbell camera into your home’s electrical system to prevent needing to recharge it later, but that’s normally outside the scope of most homeowners’ DIY projects.

If you want to prevent dealing with the blinking red light problem in the future, you should call an electrician and have them set things up for you.

A skilled electrician should be able to connect your ADT system to your home’s electricity without too much trouble and in such a way that the power flow to your doorbell is maintained without frying or overloading it.

Of course, you may choose any of the non-wireless ADT doorbell systems now on the market. These kinds of doorbells are often more difficult and more expensive to install, but you won’t have to worry about battery life concerns affecting your security system in the future.

The choice between the ADT doorbell you prefer is entirely up to you. Pick and choose what fits your budget and needs for yourself and your home.

It is no secret that ADT provides amazing, quality video and can add a sense of security to your home. However, it will never go without some troubleshooting from the user once in a while.

Nevertheless, ADT has taken into consideration the knowledge level of the general user. They do this by making information widely available and the process simple to understand.

In addition, if you are having trouble, you can also get in touch with ADT’s customer service. Whether through a chat or a call to have an agent assist you with any task you need. 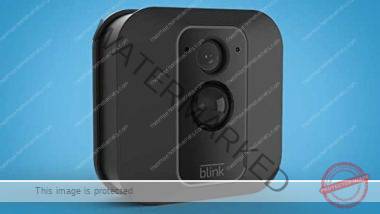 How to reset Blink cameras 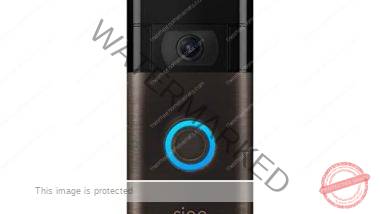 How to know if a Ring Doorbell is recording