The sort of security camera to purchase is one of the most important concerns for many individuals. In this post, you’ll learn about hard-wired ADT cameras.

If you’ve ever contemplated installing a home security system, you’ve definitely come across a variety of security camera alternatives and have a lot of questions.

Before choosing between wired and wireless security cameras, it’s crucial to understand how each work and its benefits and drawbacks.

Which choice would provide the most protection for your family? What are the most crucial features of a security system? Let’s take a look at the sections below.

In this guide, you will find the answer to any questions you might have regarding which security system to purchase, from interior and outdoor security cameras to video doorbell cameras.

This post should also teach you all you need to know about wired and wireless security camera alternatives so you can choose the one that best meets your requirements.

Some cameras are hard-wired, and the ADT brand offers various kinds of hard-wired ADT cameras. Let’s learn a bit about them below.

The footage from a security camera transmits to a central recording hub through a hard-wired link. Data saves itself to a network so that viewers can watch a live broadcast or later playback the film.

They require a power supply in addition to a wired connection to the hub, which may be in the shape of an individual connection to a power outlet or via the same line as the video feed.

You can be confident that your video footage is safe as long as you have the proper storage.

The most significant advantage of hard-wired ADT cameras is that the data provided is more secure because it does not rely on a wireless signal to deliver surveillance footage.

As long as the wires connect to the central recording hub, the video feed is safe no matter how far away it is. As a result, security systems that must cover a large region without interruption benefit considerably from a wired system.

There’s no need to be concerned about whether or not a Wi-Fi signal will reach your location. Hard-wired ADT cameras do not rely on the internet, and the wires do all the heavy lifting.

However, as a result of this, the installation procedure may take substantially longer. The wiring from the cameras needs to connect to the central hub. And there might be a lot of wires in a large system.

While a wired system allows for continuous video feeds, these cameras are vulnerable to power failures if they don’t have a backup energy source or battery to keep them running.

The system can become fully disabled if any component of the connected security camera loses connectivity, such as during a power outage.

Individuals who rely on these hard-wired ADT cameras benefit from having a secondary power source, such as a backup generator. Thus, in a wired system, another vulnerability must be considered.

Additionally, cables may be severed if they are exposed and approachable. If a possible intruder manages to cut the video feed cable, the camera will shut down immediately.

Cables can also be damaged by exposure to weather or animals that can damage or chew the wires.

As you can see, hard-wired ADT cameras have pros and cons. Nevertheless, let’s look into the wireless cameras and what they bring to the table.

The ADT wireless security cameras use Wi-Fi to broadcast their video feed instead of using a hard-wired connection. It’s worth noting that this does not make all camera models totally wireless.

Some versions may require a hard-wired power supply, while others are battery-powered. In fact, cameras that use battery-power are frequently nicknamed “wireless.”

When you turn on these security cameras, they stream video to your Wi-Fi router. The footage may then be shared as a live stream to your phone or stored in the cloud for later viewing.

Because wireless security cameras rely on a solid Wi-Fi connection to function correctly, camera positioning is critical. Ensure your camera is close enough to your network to deliver its feed without interruption.

Your stream will no longer be able to be broadcast once the batteries run out and will need to be replaced as soon as possible. Fortunately, most battery-powered wireless security cameras will send you a signal when the battery is running low.

Furthermore, some versions come with rechargeable battery packs; so you won’t have to worry about buying new batteries when the old ones run out.

Whether you choose hard-wired ADT cameras or a wireless security system depends mainly on your requirements. Below, we’ll go through the advantages of each:

Wired cameras are more of a fixed type of camera; so you need to ensure there’s a good connection at all times.

You should install your wired camera somewhere out of reach to prevent tampering, but make sure you can still run power and video transmission lines without interruption.

A wireless system’s advantage is that you can move it to a different location whenever you desire. If you wish to put your wireless security camera, be sure it’s at a safe height.

Also, ensure sure your wireless security camera is mount in a location where it can connect to your Wi-Fi network.

Your connected security camera will not function without electricity. Make sure your camera is in a location with a reliable power supply that is close enough for you to use.

This can sometimes be difficult to perform, which is why a battery-powered wireless system is preferable. There are two ways to power wireless networks. You have two options for powering your camera: a power wire or batteries.

To avoid any interruptions in the footage, most systems allow you to monitor the power level of your wireless security camera using your mobile phone.

Any cables are the lifeblood of your wired security system, making a neat and effective installation difficult.

Be mindful of any additional cables to get around or over barriers between your camera and its recording hub. It’s usually easier to have a professional install your wired security system.

It’s possible that you’ll wish to hide your exposed cables. For safety, you can bury, disguise in sliding, or cover wires with wooden slabs.

Even if your wireless security camera uses your Wi-Fi network to broadcast its signal, you may still need to conceal visible power cords unless you use batteries instead.

A wired security system connects to a recording hub through a direct link. Thus, they don’t have access to Wi-Fi. While they deliver a more consistent stream, their ability to connect to your network limits them.

Because a wireless camera relies on a Wi-Fi signal to operate, you must always keep the security camera at a safe distance from the signal.

Your video stream may be disturbed or distorted if you don’t have a good signal. So keep that in mind when considering where to put your wireless security camera.

Weatherproof cameras are a must for wired or wireless cameras that will be outside and prone to harmful elements such as rain, sun, or cold/ heat.

All ADT outside cameras have a design that can endure the following conditions:

You can always mix and match whether you identify yourself more with the wired or hard-wired ADT cameras. Below you will find a summary of both to make this decision easier.

A wired security camera might meet your security demands for companies, secure facilities, and any other prominent place that requires ongoing security surveillance.

A homeowner who does not intend to move any components of their home security system, on the other hand, may benefit from the reliability and uninterrupted connection that a connected security camera provides.

A wireless smart security camera is a terrific alternative if you want the freedom to move your system anytime.

Wireless cameras that use battery power do not have cords that tether you to a specific area; so you may carry them with you wherever you go.

Wireless security cameras make it easier for tenants who don’t want a permanent security camera system to take their system with them when they move.

A wireless smart camera may simply be taken down and placed in another room as needed by families that wish to modify the space they monitor. They let you position a camera anywhere and whenever you want.

Another advantage of the ADT wireless cameras are the compatibility they hold. Do ADT sensors work with Ring? Find out in the article!

Overall, now you have a better idea about what hard-wired ADT cameras can do. And, more importantly, whether you should invest in them. ADT is a great company that offers both wireless and wired cameras.

You need to analyze which fits better with your household needs as they both have their pros and cons. As for a home, wireless cameras are more recommended as wired cameras are primarily used for business. 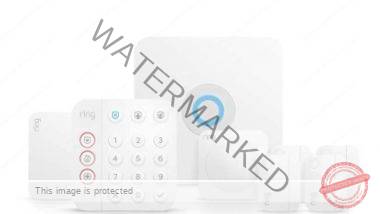 Does Ring Alarm Work Without Internet? 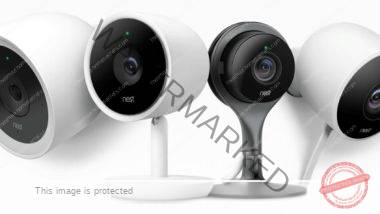 How to change the owner of a Nest camera