Amazon’s Alexa and Google Assistant have been competitors for as long as we can remember. Fire Stick or Chromecast?

There are plenty of similarities and differences between them. However, one is not better than the other. They both have their ups and downs.

They both give you a convenient way to hold all of your entertainment apps in one place. You can access apps like Hulu, Disney Plus, YouTube, Netflix, and much more.

Music is also supported through Amazon Music, Spotify, Pandora, and other streaming apps. Apart from that, you can have many other apps free of charge to stream from.

Let’s get into what they differ in and what should not affect your decision.

Amazon Fire TV Stick has been a hit in the market. Apart from affordable and useful, you also gain many features from your purchase.

There are currently two versions available for purchase, apart from the multiple streaming apps and games Amazon allows you to download.

The Fire Stick’s home screen includes all your most recently used apps. Making it easy to find and pick up wherever you left off.

Holding down the home button will allow you to see the list of Apps and is a quick way to have access.

It can also show you what is new in many Apps and recommend movies from the genres you tend to watch the most. Therefore personalizing your experience with the Fire Stick.

The Fire Stick remote is one of its best features included. It can be accessed through an app, making it easy to take with you and utilize it.

However, there are two controllers that are sold by Amazon, therefore, two versions of the Fire Stick.

To begin with, the 4K version costs extra as it works with higher quality video. At the same time, the standard Fire TV Stick has a 1080p resolution, which is exceptional.

Additionally, the Fire Stick can control any soundbar when utilizing the 4K version.

The Fire Stick remote is small and straightforward. With a sleek design, it allows you to have full control with just a couple buttons. While Chromecast has no remote at all!

Amazon’s fire stick is also lightweight, and its the perfect balance between size and buttons.

It is no secret that Alexa is one of the most widely used assistants. Why not add Alexa into your TV watching and streaming experience.

But if you do not own an Echo Dot, you do not have to worry! Alexa is included withing your Fire Stick and can control much of your watching experience.

Alexa can even control the timing of what you are watching and rewind or fast forward, whatever you are streaming!

From traveling to the home screen or opening an app, Alexa is quick and easy to operate when holding down the microphone button.

However, if you own an Echo product, you do not have to touch your controller.

You can simply operate utilizing your home assistant, and no longer need your controller. Making your experience that much better and hands-free as well.

Your kids can do it too! By merely showing them, they can ask Alexa to play their show. It is easier than letting them loose with the controller!

With private listening, you can connect your headphones and relax as you will be the only one turning into the movie or TV show.

This is a fantastic feature, especially if you do not want to be loud or bother someone who lives with you. However, with the Fire Stick, you will need Bluetooth headphones.

The Fire Stick allows you to download plenty of free apps that will enable you to stream various genres of movies and TV shows.

Though some require you to have a subscription, such as Hulu, Netflix, Amazon Prime, and Disney+, while others are totally free to stream.

There are plenty of these apps in both steaming platforms! But it is up to you to decide, Fire Stick or Chromecast?

You should also keep in mind that Amazon’s Fire Stick can have games. You can play them either with a controller or a particular gaming controller sold by Amazon.

Especially as it brings Alexa to you as well, who can open your apps, stream as you wish, and even pause and play videos.

On the most part, I find it incredibly cheap to be able to turn any TV smart while simultaneously bringing you an assistant on the side!

I think I speak for most of us when I say that Alexa was not even expected for this price!

The Google Chromecast is a great way to share the TV with the whole family, even though it might cause some disputes on who gets to cast!

Which streaming device will be crowned the winner? Fire Stick or Chromecast?

When using the Chromecast, you should be aware that you will not have an interface. This is because, as stated in the name, it is for casting.

Meaning you can project what you have on your phone onto the TV.

Though this might seem weird at first, you can even use it as a monitor by connecting a computer or laptop. It can be a great add-on to make any TV transform into a Smart TV.

As the Chromecast takes a different approach, there is no actual physical remote. The good part about that is that you cannot lose your remote.

Apart from the fact that multiple people can control the Chromecast through their phones.

As long as you have the App on your phone, you can stream Netflix, Hulu, YouTube, Disney+ and the list goes on!

Even if you do not have a remote, it does not mean you can’t control it by voice. Chromecast works and can be connected to your Google Home assistant.

You can ask Google to Play/Pause, lower the volume amongst other commands.

Its a great feature to have; yet, you would need to own a Google Assistant, which can higher your prices compared to the Fire Stick that already has Alexa implemented.

There are plenty of apps that work with Chromecast; however one big downside is that they must all be downloaded into your phone. Which can end up taking plenty of space.

Meaning if you want to stream Hulu, and Netflix, and Youtube, you will need an account and App for each. But that is up to you!

Google’s Chromecast is a mere $35, however, does not include an assistant or remote.

However, other Google products are affordable as well, so you might just have to pick up a Google Home along with it.

Both are excellent investments at the same price; however, Amazon’s Fire Stick brings way more to the table than Chromecast. Yet, it is up to you.

You might have a Google Home already; if so, definitively invest in the Chromecast; same goes with Alexa. However, if you do not own either, it is up to you to decide.

Which one is the winner in your book? Fire Stick or Chromecast? Comment your choice below! 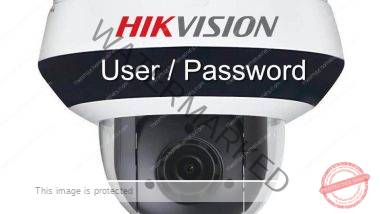 How to reset Hikvision IP camera password via browser 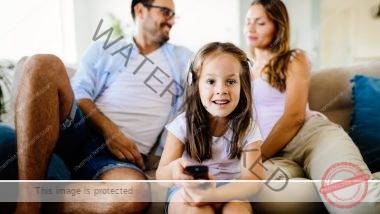