This is a review of a 55-inch infrared touch screen overlay for TV. It's a cheap device purchased on Amazon.

This touch screen overlay for TV model is advertised as PIE 55 inch 10 Point Multi-Touch Infrared Touch Frame and to date is sold at a $214.99 with Free delivery.

I was looking for a solution to use my 55-inch LG TV as a giant touchable monitor for presentations. The idea of using an infrared touch overlay came after I start researching about an alternative to the expensive smart boards.

My idea was to connect my laptop to a TV and use it as an inexpensive smartboard by interacting with the screen using my fingers to open and use applications such as the PowerPoint on the Microsoft Windows 10.

I got the infrared iframe from Amazon and had a hard time trying to assembly it but finally, I could make it work on my TV and tested to see if it was good enough for my particular application. Unfortunately, it was not.

You don't need to stop reading just because it wasn't what I expected.

According to the manufacturer, the infrared touch overlay frame has a touchable area of 1213 x 683 mm for the 55-inch model and works with 10 touchpoints which means you can use up to 10 fingers at the same time for screen interaction.

The IR frame comes with a double side tape that should be used to stick it to the TV and the connection to the computer is done via a USB cable.

About one week after the purchase, the infrared touch overlay arrived disassembled.

It didn't come in a square box but inside a thick a PVC pipe. that was a surprise 🙂

Unfortunately, I forgot to take a picture of the PVC pipe but just imagine a thick pipe that can carry the aluminum bars that are used to assemble the frame.

What is the box

Here's the picture of what comes in the box.

The package contains 4 aluminum bars, corner mounts, mounting screws, a USB cable, and the double side tape to stick the frame to the TV.

The aluminum bars have letters to indicate the way it should be assembled and are connected via Flexible Flat Ribbon Cable.

The technology behind the infrared touch screen overlay for TV

The technology behind the infrared touch screen overlay is an array of LEDs that spread that laser beams over the display and when they are interrupted, the system "knows" where your fingers are.

The picture below shows one of the bars with the LEDs inside.

I've heard that this technology doesn't work well if you use the monitor outdoors under sunlight because the extra light messes up with the sensitivity.

How to assembly the infrared touch screen overlay

That was the hard part. The manual that comes in the package sucks, the information is a bad Chinese to English translation and the pictures are in low resolution.

Just in case you already got one of these infrared touch frames, here you are going to find better pictures and information to assemble it.

There are Flat Ribbon cables attached to the end of the bars that are labeled B and D so you need to be careful to not break them while assembling.

The other sides (A and C) are not attached to the other bars at first but side A comes with a Flat Ribbon cable and a USB cable as shown in the picture.

The Flat Ribbon Cable from the side A needs to be connected to the other bar that is also labeled A as shown in the picture below.

The picture below shows the infrared frame on the table, the way I organized it before start assembling it. See how the end of each bar is labeled and must be positioned to match the same letters.

I found out that this is the best way to organize the frame.

The labels are facing up and the side A is already with its Flat Ribbon Cable connected. Not it's time to use the mounting corners to hold all the bars together.

Use the screws that come in the package to attach the bars as shown below.

Note that you must put the mounting corner in the right position, take a look at the picture again to see the details on how to use this piece.

Place the frame on the TV

After finishing the frame you have to place it on the border of your TV.

Don't use the double-sided tape yeat, just test it it's working before moving to the next stage, and if you are sure you liked then use the tape to hold the frame.

As you can see, I just positioned the frame on the TV even without the final protection for the corners. The idea was to test it out before have it 100% ready.

Connect the USB cable from the frame to a laptop and you are done.

That's what I did and then I opened the Windows Paint Brush to start drawing using my finger. It works with up to 10 fingers at the same time

At first, everything was working fine but then I noticed that the precision was not that good, so I decided to calibrate it.

The calibration software shows 4 calibration points you have touch following the instructions that shows up. After this process the precision improves a bit.

This process is a little bit annoying and sometimes you have to touch several times in the same calibration point because the software keep asking you to do that.

Here are my observations

Price: This is an expensive device that can turn your TV into a giant tablet.

Touch-points: With 10 touch points you can use all your fingers at the same time.

Precision: The precision is not good enough to touch small objects on the screen.

Response: Sometimes it fails to respond the touch and fails a little bit.

Mount: I didn't like the idea to stick tape on my TV.

OK, this is an infrared touch screen overlay review and probably you expect me to say that is good and worth the price, right? Well, unfortunately, I didn't keep it.

This device is not bad but at the end of the day it didn't meet my expectations.

I think it will make me nervous with the lack of precision and response, I don't want to keep touching several times on the screen to get a response during a presentation.

Please don't get me wrong, this device could be useful for other people, and in fact, I think it is because Amazon keeps selling them, so there are buyers out there.

I returned the infrared touch screen overlay to Amazon and got a refund and now after analyzing tons of videos, articles, and documentation I decided to go with a device called Samsung flip 2 that is very good and not that expensive.

I know I'm talking about expend much more money, but I think I will be much happier with this new equipment. I didn't get yet, but soon I will order it.

I hope this article can help you, please share it and leave your comments. 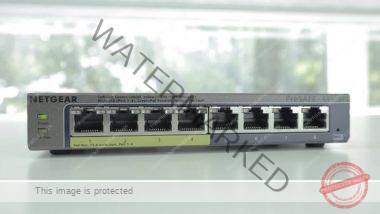 How to add Reolink camera to Alexa