Why does the Ring Doorbell not record all the time?

Ring’s collection of camera systems has become not only a household name but also a modern security necessity. So why is it that the Ring Doorbell doesn’t record continuously?

The simplicity of having a house monitored at the touch of a button is just one of the numerous benefits of installing a Ring. The Ring has found itself high on the charts as the globe increasingly relies on technology-based security measures.

Currently, Ring’s Video Doorbell is not capable of recording constantly. When engaged homeowners discover that their cameras are not recording continuously, they may become frustrated and unsure of what settings to alter.

Longer motion-detected video capture durations are one of the various methods to help your Ring camera take longer footage. Continue reading to discover how to get the most out of your Ring camera’s recording capabilities.

If you need to know if a Ring Doorbell is recording, read our article all about that!

There are various reasons why your Ring Doorbell does not monitor footage 24/7. Though you may think this is a downside to owning a Ring Doorbell, think again.

The following are security measures that save you both time and money; meanwhile keeping you safe. Thus, making Ring a much better device.

Reason #1: A continually recording Ring would demand a significant quantity of data.

You take a selfie and store it. Where does it go? To the cloud, of course. But much like real clouds, digital clouds can only hold so much weight in video and footage.

Ring cameras, however, are not capable of recording continuous video at this time. This is primarily due to the fact that capturing these films will overwhelm Ring’s cloud service.

Not only would it need to store many gigabytes of footage, but the ordinary homeowner’s broadband connection will also be affected. Which would most likely be unable to manage the pressure of streaming this much data in the first place.

Simply put, many customers may feel safer with a Ring on their person at all times. Nevertheless, shifting through eight or more hours of uninteresting footage may be too much for the ordinary homeowner.

Like a sports game, you can understand the whole picture by watching the highlights, can’t you? Thus, it makes more sense to watch important clips and store them in the cloud.

Storing a whole day’s worth of footage is not worth it. Think about how many people knock on your door a day. Saving footage of cars driving by would eat up your money because you would have to pay for a ton of cloud storage.

Another reason Ring Doorbell doesn’t record continuously is the security issues. Unfortunately, the idea that someone on the other side of a Ring camera is spying on you is not totally unplausible.

Ring video cameras are periodically hacked, like in a 2017 instance where a hacked Ring “saw” police officers submit a search warrant in private.

This tape, along with other illegally obtained videos, was subsequently spread to the public, posing a serious security risk for Ring and any Ring owner.

Will Ring ever include a function that allows you to record 24 hours a day, 7 days a week? Ring announced plans to add 24/7 security capabilities to its motion-based and on-demand lineups in 2019.

However, no more updates on this feature was made as of yet. There’s talk about whether this is due to Ring’s hardware restrictions or the functionality being too expensive, as well as the other possibilities listed above.

Because Ring’s rivals provide 24-hour recording, Ring may someday deliver on its promise of continuous recording. Unfortunately, there is currently no way for us to confirm this as of yet.

How to Make the Most of Your Ring

If you’re hesitant to give in to your Ring’s lack of 24/7 recordings, let me remind you of the features Ring has to offer. You should understand everything there is to know about your Ring, both inside and out.

A Ring is capable of considerably more than its well-known motion alert capabilities, and it may already have security measures that will put your mind at ease.

Many homeowners may believe that a 24-hour surveillance system is required for their peace of mind, only to discover that sorting through hours of routine footage is more trouble than it’s worth.

Thankfully, the Ring design is simple to use. Furthermore, its user-friendly mobile app is a must-have for every Ring owner. It provides a significant level of personal supervision that may be worth more than continuous recording.

The Ring Help Center is a terrific location to learn more about your Ring, and you may ask questions about its functions using the search box. The website also features a community section where Ring owners may ask each other questions.

In terms of continuous recording, various functions available through the Ring mobile app can significantly boost the camera’s monitoring capacity. These features should be available on all Ring models released after September 2019, while minor model differences may be excluded.

Is it true that the Ring only records when it detects motion?

The most well-known feature of rings is their motion sensing, yet, the Ring camera may record in a variety of ways.

Rings may also be used for a “live view,” which shows a live video of the camera’s view at any given time, in addition to motion detection. If you pay for a Ring Protect subscription, you may keep screenshots of your live view in the Ring cloud.

Should the Ring’s motion detection fail, video clips will be recorded after the doorbell is pressed. Purchasing a Ring Protect Plan is also required to save these movies to the cloud.

When there’s a detection of motion happens, most Rings start recording video. Whether saving these videos is possible will depend on your subscription plan.

The snapshot capture function in the Ring app is the closest thing to 24-hour security. The snapshot function does precisely what it says: the Ring will capture a “snapshot” of its current location, regardless of movement.

If more frequent photos are desired, the Ring owner can raise the interval using the app; however, Ring’s customer service advises that larger intervals may cause the battery to deplete far faster than it would normally.

The Snapshot feature is only available with a Ring Protect Plan subscription and is not free.

Some Ring users recommend having the Ring’s “live view” option turned on all the time to offer recordings 24 hours a day, seven days a week.

While this is a great solution; it is not recommended. In most cases, live watch videos are 10 minutes or less.

Ring’s terms of service theoretically enable them to cancel camera access if they detect someone “abusing” its cameras’ intended usage, which is a small risk.

A camera with limited recording capabilities is undoubtedly preferable than none at all.

Ring’s Protection Plus plan subscribers may benefit from a function that is akin to continuous recording but without the bother.

Subscribers to the Plus package have their Ring systems professionally monitored 24 hours a day, seven days a week.

Activation of the alarms attached to the device starts Ring’s safety process. Ring will alert you of an emergency and automatically summon emergency services on your behalf if required.

Don’t worry; Ring will phone you first to check that an emergency is occurring before contacting emergency services.

Additionally, upon first signing up for the program, Ring allows clients to test out the alarm service for the following seven days in a “trial” mode.

Ring Alarm customers are eligible for a 30-day free trial of Ring Protection Plus. It could be the best way to go if you want to try it out before committing to the complete plan.

Allowing Ring to take control of your camera is a far more hands-off and responsive solution to watching your security feed.

Alternatives to the Ring

Other home security systems may be more beneficial for you; Especially if you want continuous recording, something your Ring cannot do.

The Wyze Cam is the most remarkable, as it was specifically built to be used with an Alexa device. Furthermore, as long as a suitably sized MicroSD card is attached, it is capable of recording continually.

The Google Nest Camera or the Logitech Circle View doorbell are two other options.

If you go with an alternative, make sure you know your new camera’s characteristics. Some smart cameras will demand an additional fee for a membership service that allows you to access recording 24 hours a day, seven days a week.

Google Nest Camera, for example, necessitates the purchase of Nest Aware Plus.

While the Ring Doorbell doesn’t record continuously, this does not rule it out as a sound home security system.

There are various possibilities for customizing the Ring to keep your home secure and full security solutions that may provide expert monitoring services for your Ring. 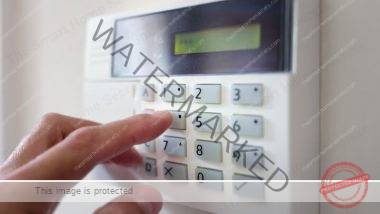 Which ADT Panel Do I Have

How to reset Honeywell Thermostats