ADT alarm going off for no reason (How to Fix)

If your ADT alarm is going off, it’s most likely due to a power outage, a ADT battery failure, or a wiring issue. Not only can the demanding sound agitate the listener, but it may also be a nuisance, especially when it occurs at inconvenient times, such as in the middle of the night.

If you’ve been plagued by the inconvenient noises of an uncalled-for ADT alarm, here are some troubleshooting tips to assist you in resolving the issue.

An ADT alarm is a part of the line of ADT products that can be an incredible addition to your home’s security system. This device protects your house from burglaries and fires while also allowing you to monitor your home or business more effectively.  You most likely have seen ADT grass signs around your neighborhood.

If the specified zone is breached in any manner, such as the opening of a window, an ADT alarm is activated. Disruptions of any kind in the monitored region will alert you immediately and let you know something is going on.

The alarm system then sends signals to the owners, a security firm, or the appropriate authorities through a landline or a mobile device. This can be crucial in a moment of desperation.

Possible causes of your ADT alarm going off.

It might be good to assess some probable causes for an ADT alarm to go off unnecessarily in order to prevent it from happening. One of the following possibilities is most likely the cause.

A fluctuation or sudden loss of power is one of the most typical causes for an ADT alarm to go off. An alarm signal will sound if the electric monitoring circuit is disrupted in any manner.

This can mean loss of power in the home, or even if the generator is starting. It might depend from home to home, but be careful if you turn off the power in the house yourself to do some electrical work, you might set off your own alarm!

Pets on the Move

It is no secret that pets have a mind of their own. They do what they want when they want it. And who can blame them when they are so darn cute!

ADT alarms might not be the fondest of your furry friends. This is because their alarms are frequently triggered by pets, especially large dogs or cats, moving wildly in a monitored zone.

So if you are not home, and don’t want a call from the company alerting you, make sure that the pet stays in a safe area that will not disturb your alarm.

Moving things can occasionally set off alarms, especially in the workplace. Big things, such as displays or even bits of packaging, may be more likely to set off an ADT alarm at a store or warehouse.

An open window, for example, might sometimes set off an alarm. Or even a house plant on a very windy day that might tip over. Be aware of your camera’s surroundings and what is present in your home that might trigger such an alarm.

False alarms are frequently generated by mistake. If you trigger one because you opened a door and forgot the alarm was activated, you can deactivate the alarm. And it would be best if you did it as quickly as possible to keep it from contacting any authorities.

These false alarms can be suppressed by entering the security code and disabling the alert. To properly defuse an alert, you must, of course, respond quickly. What happens if you don’t have the security code to turn off your ADT alarm? We made a post all about that!

You may avoid false alerts by making sure your setting is appropriate for your needs; for example, if you have large and energetic pets, the option should be set to ‘Stay.’ If you are not going to be home for an extended time, you can change the option to ‘Away.’

Make sure if you have children, mainly the tiny ones who can open doors, that they do go around opening doors that have alarms with them. Prevent this from happening before you get a call from ADT!

How do you troubleshoot an ADT security system?

There’s not much worse than an alarm going off unless it’s an unexpected alarm, which is much worse. Here are some fast ways to diagnose and deal with a rogue ADT alarm.

Ensure that the battery or power supply is in good condition. ADT alarms are often triggered when the monitored region’s electrical current is interrupted or broken.

If your alarm goes off without warning, it might be due to a power outage or a battery problem. As a result, it’s a good idea to check at both to ensure it doesn’t happen again.

Sensor sensor on the wall

Examine the sensors well, as one of the most crucial aspects to consider is the sensors themselves. A wide choice of sensors is available to offer your house the security it requires.

Sensors provided by ADT include carbon monoxide detectors, smoke detectors, glass break-in detectors, and even motion sensors. If your alarm goes off without warning, you’ll probably have to troubleshoot all of the sensors to figure out what’s wrong.

Plus ADT made it easy for customers to install and remove ADT sensors from windows and doors, while still taking precautions to make sure not everyone can do it, like a sneaky teen or a burglar who wants a quick entry to your home.

Thinking outside the zone

A temporary workaround, such as bypassing a zone, might occasionally address the problem long enough for a complete investigation into what caused the problem.

As you can see, an ADT alarm going off for no reason isn’t true; instead, it goes off when its sensors detect something out of the norm. It’s a good idea to check the sensors and figure out what triggered the alert if your ADT alarm is going off.

Keep in mind that false alarms happen more frequently than you would imagine. If you mistakenly set off an ADT alarm, act quickly to silence it before it alerts a large number of people.

How to connect Apple Airpods to Samsung TV? 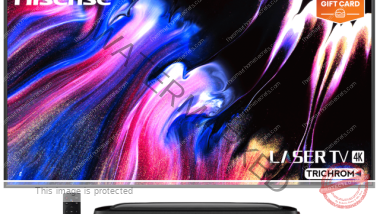 How to use Alexa to control a Hisense TV