How to record longer on the Wyze Camera

It's time to learn how to record longer on the Wyze Camera.

Probably you realized that the Wyze Camera records the footage in the cloud for only 12-seconds but that's not enough, right?

Yes, you can make your Wyze cam record more than 12 seconds. So let's see how to do that.

It's possible to record longer on the Wyze Camera by using an SD card to store the footage locally or by using the paid subscription for cloud recording.

I bet you were excited about the Wyze Cam Free 14-days cloud recording.

Until you realize the annoying 12-second limitation.

I've been there and believe me, I know the feeling...

To make things worst, I realized the 5-minutes cooldown limitation and that was too much to grasp. What the heck is that?!

There's no way to use the camera in such a way because people don't work on your camera schedule and I'm sure I would miss some important footage.

Anyway, the Wyze Camera is good for the price tag, so let's change the way it records and use it for an effective footage recording.

It's possible to use a micro SD card or a paid cloud subscription.

Let's talk about that...

Just use a micro SD card to record longer on the Wyze Cam.

It's an easy solution, just stick the card into the camera slot and start recording.

The setup is pretty simple and only takes a few minutes, Cool, huh?

You just need to make sure to use a good SD card, otherwise, you will have problems.

You need to buy the correct SD card, otherwise, the camera won't be able to record high-quality videos. This is related to card quality and writing/reading speed.

32 GB is enough to record for some days and the card is fast enough (class 10) to handle the camera video stream.

Here's the step-by-step  process for the Wyze Cam card installation and setup.

Remove the USB cable to turn off the camera.

Insert the SD card into the camera slot as shown in the picture below.

Connect the USB cable back to the camera and wait for a confirmation sound.

Format the SD card and check the card information. Does it show the right size?

Don't worry if you see the SD card memory available is less than 32 GB, this is related to some computer units stuff that is not the topic of this article.

The picture below shows a micro SD card installed into the Wyze Camera.

Just turnon the local recording by clicking on the toggle button.

You can choose Record events only or Continuous recording.

Difference between the event or continuous recording

Here's a quick description of each option:

Record events only: The footage is recorded only when there's some event such as movement in front of the camera or sound detection. By using this option the camera can record for longer because it won't record static scenes.

Continuous recording: It does not matter if the camera is pointing to a static scenario or there's some event happening, the camera record the footage all the time thus wasting some precious space on the SD card.

The Wyze Cam records 1-minute video clips into the card and repeats the process until the card is full. There's no 5-minutes cooldown limitation.

When the card is full, the old footage is erased and the recording cycle starts all over again so the camera always keeps the most recent recordings.

You can have an extra recording on the cloud by paying for the subscription.

The service offered by the Wyze team is called Complete Motion Capture which costs only $1.49 per Wyze Cam per month for 14-days recording without the 12-seconds and cooldown limitation.

I know people don't like to pay monthly fees, but I think this one worth it.

Just imagine a situation where somebody breaks into your home and takes everything, including the camera. The evidence is gone, right?

That is one of the cons of recording only on the micro SD card.

If you use only this option you are risking loose everything that is recorded into the card if something happens and there are a lot of different things that make you pull your hair such as card malfunction, stolen camera, damage by fire, etc.

So, I think you can have both recordings at the same time.

Just stick a micro SD card into the camera and subscribe to the cloud recording.

I hope this article can help you. Please share it with your friends.

I recommend you read the other articles available on this blog:

How to install the RTSP firmware on the Wyze Cam.

How to set up Wyze Cam cloud storage.

How to set up the Wyze Cam on iSpy.

How to connect Wyze Cam to Fire stick.

How to stream the Wyze Cam to Chromecast.

Why is my Wyze Cam black and white?.

Wyze Camera is not responding to Alexa.

How to fix the Wyze Cam error code 90. 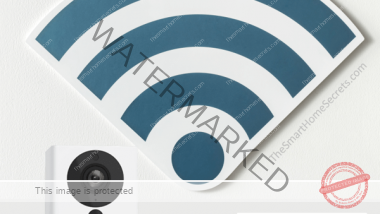